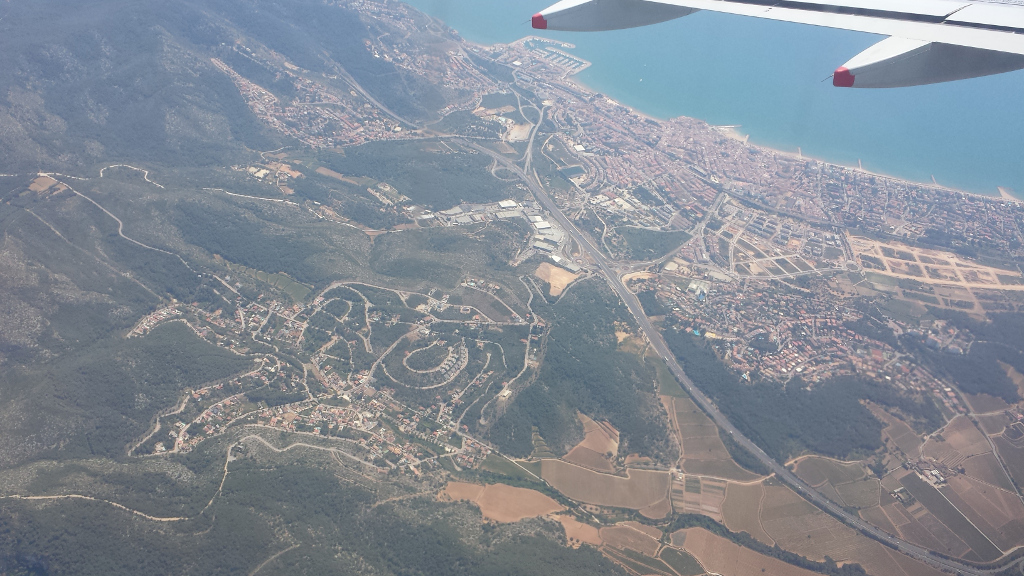 Earlier in 2018 Beata and I were looking around Spain with Google Maps. We came across a town called Sitges and decided to stay there for a few days. A few weeks later I booked the flight, car and hotel via Expedia.

As we are both with EE, we were able to switch to the Spanish mobile network automatically with no extra charges. To use our debit cards we just made a purchase at the airport and this alerted our banks that we were going abroad. 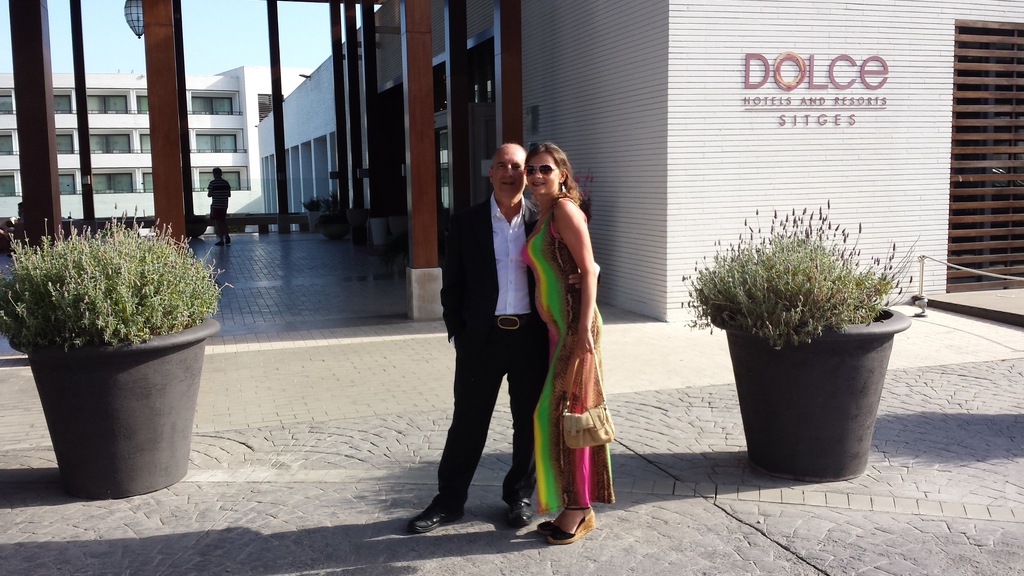 We were picked up by AresMobile. Our driver was called Jordi and explained the Spanish / Catalonia problem as he drove us to the Dolce hotel. He also explained how it is actually possible to get too much sunshine and that's why he loved Scotland !

The Dolce hotel is lovely. It's shaped like a semi-circle with 4 pools in the middle, a spa, gym, restaurant and a bar. There are also rooms for conferences. 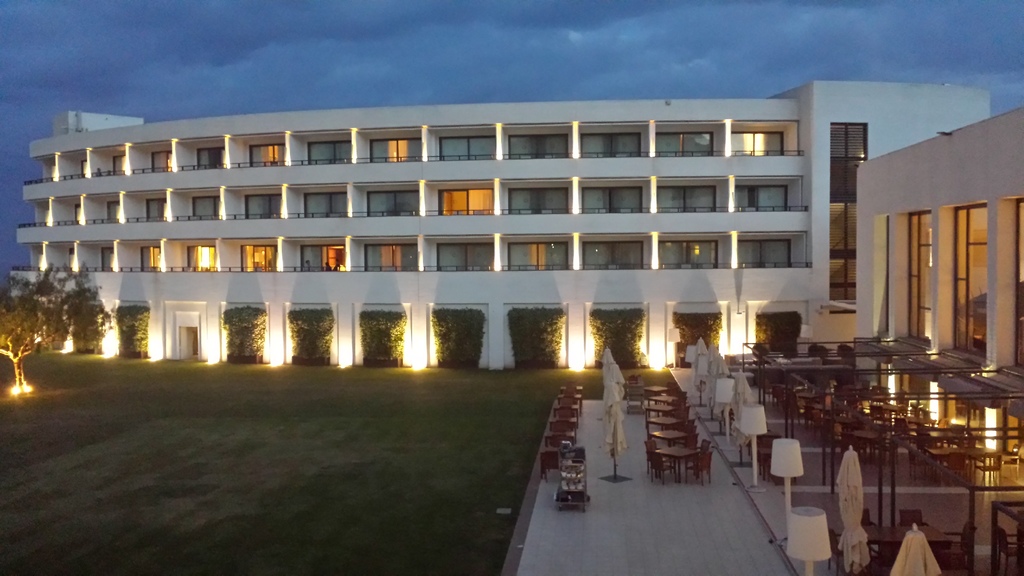 The hotel looks like a huge, white fortress, especially when viewed from about a mile away !

The rooms you can see are outward facing and have spectacular views from their balconies. 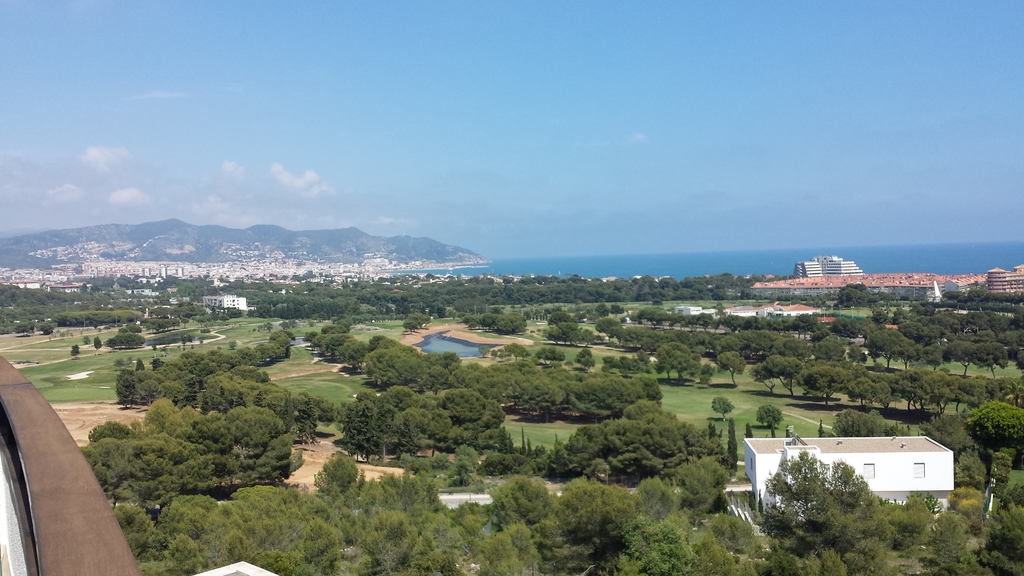 The room had a king-size double bed, balcony with views over the Mediterranean sea and Sitges a few miles away, huge 55" TV, A safe and all the refinements you would expect from a 5 star hotel. 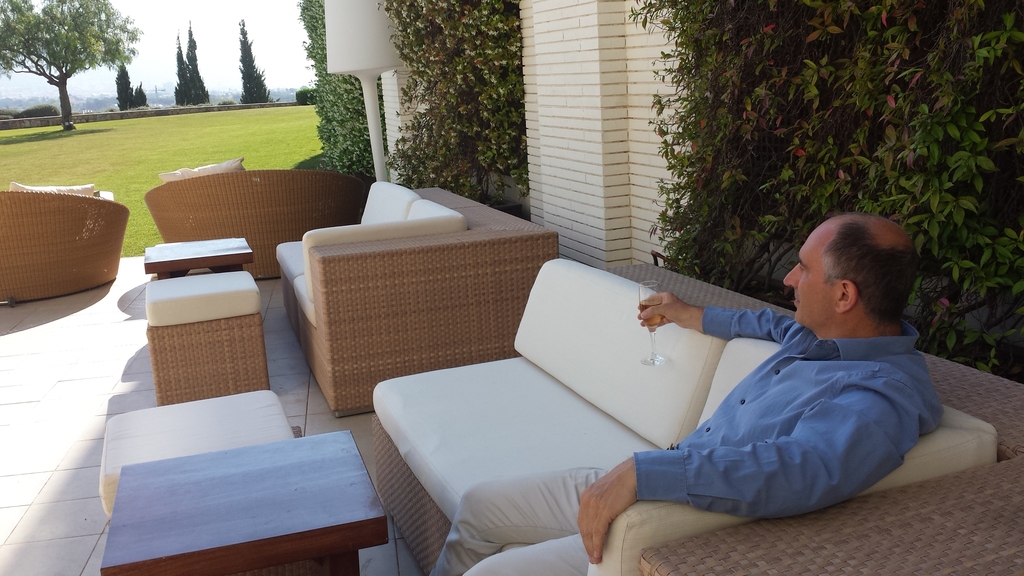 There are plenty of places to sit, admire the Mediterranean views and contemplate the next big venture. 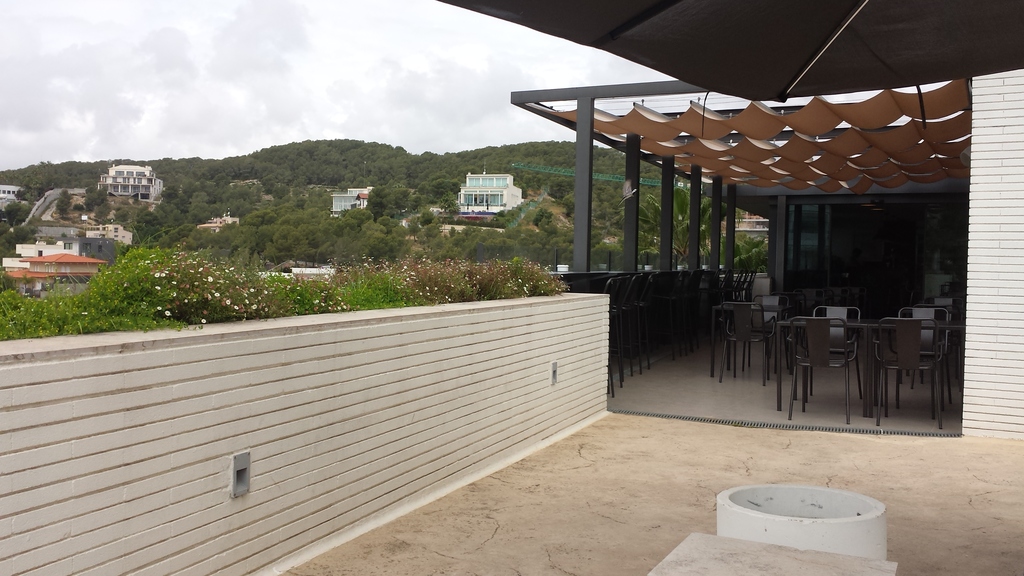 You are never too far away from a bar, just right after a long, hard day sunbathing.

If you look carefully, you can see a bird flying in - presumably to quench its thirst on Catalonian lager ! 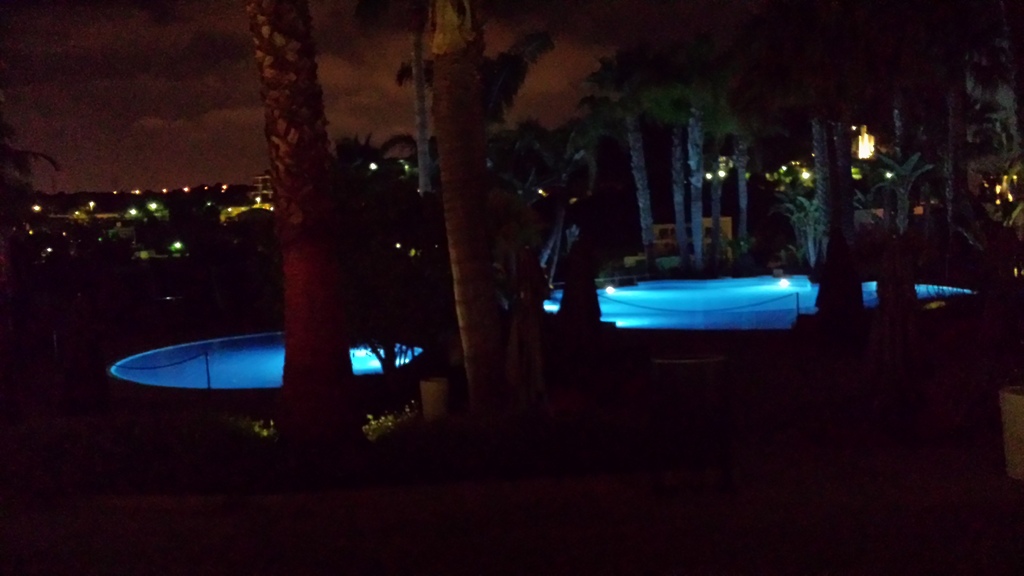 The Dolce hotel is quite spectacular at night.

Here you can see two of the four pools. 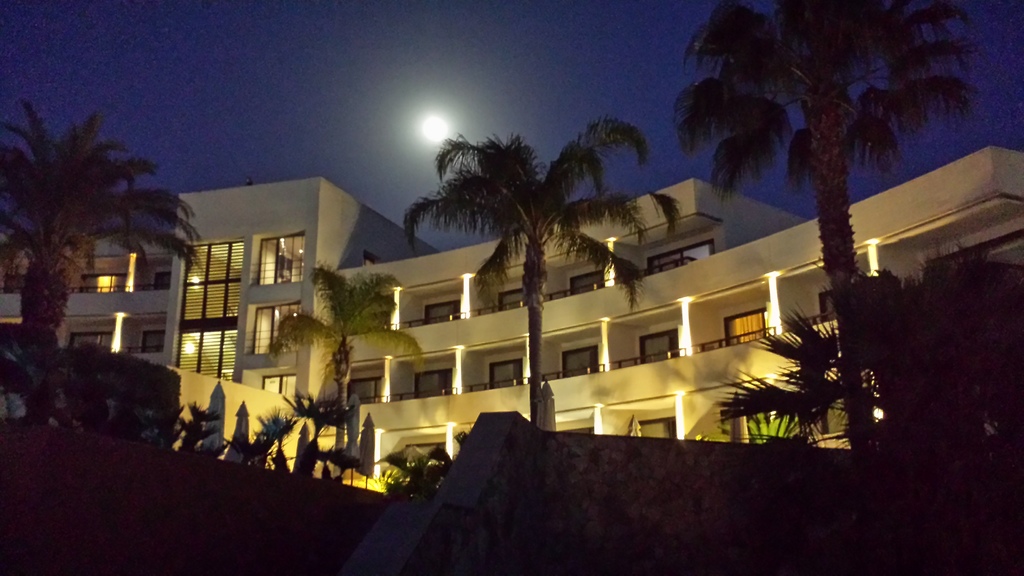 Here you can see the hotel accommodation and the palm trees lit by moonlight.

Our room was on the other side facing the Mediterranean sea.